A downloadable game for Windows

A lot has changed since the early prototype. I've been working for about a year on new systems, story, and all sorts of neat stuff! This demo is a teaser of those systems and hints of the deeper experience to come in The Mortuary Assistant in Spring 2022!

About The Mortuary Assistant

Having completed your degree in mortuary sciences, you have taken on an apprenticeship at River Fields Mortuary. Over the past several months you have logged many hours aiding the Mortician in daily tasks along with learning the ins and outs of the embalming process as well as how to properly handle and care for the deceased.

Over your time at River Fields, you have heard rumors of families bringing their deceased loved ones believed to be possessed or otherwise entangled with the paranormal to this specific mortuary to put to rest. But, with such a stigma around death and what happens when we die, it’s no surprise people make up stories around the dead.

Perform embalmings, handle the various jobs around the mortuary, and exorcise demonic forces. All in a day’s work.

The downloadable demo is currently a short prototype of the game. It focuses mainly on the atmosphere and concept of the project. I hope to release a more in-depth demo in the future as the project continues.

cant believe I finished this game!!!! I LOVE IT

Reply
JustForFun65691 day ago
it was a nice demo for a game, long enough to get the player's interest and curiosity . Enjoyed it. Checkout the video and don't pay attention to my english in the video :))
Reply
KingCrowe2 days ago

Awesome graphics! Liked it very much and eager to play the full version!

Overrated game, also not scary at all.

I don’t play many horror games because I scare easily lol. I can’t wait until this game comes out. Part two is next week. Thank you for this demo!

I think this game has been maxed out in every way. I hope you will continue, just keep going. (Hun video)

Reply
xpgordo13 days ago
too creepy
Reply
Lanosmire14 days ago

Scary and really gets under your skin. Omg this game made me jump so much. I'm looking forward to the full game, as I was really invested in this story. Plus it's so accurate on the embalming portion. Great soundscape here. Only gripe I would say is the quickslot system. But honestly that's it, even then it grew on me.  If you're looking for something actually Scary, please play this. I reviewed it above. Enjoy!

Reply
TREzZILLA15 days ago(+1)
this game was scary as hell!!
Reply
rvnxdrk18 days ago

This was the scariest game I've ever played honeslty. Going to replay again and of course play the full game when it's out!

Downloaded the demo and as a training mortician I found I was amazed to see something that simulates pretty well what we do instead of being a game, with little being correct. The only negative though that I hope the developer of this simulation sees in my comment, is below;

I agree with the user LOSAT below, when trying to follow the story line and perform an embalming, you organise all of your equipment and then are distracted by a highly irritating change to the scene. At times you are taken away from the current task (embalming) to walk down a hall that never ends for example, to find a figure with half a face. It gets annoying after a while.

Maybe there could be a setting to turn off or on a feature that allows the user to follow the storyline of an embalmer without falling of your chair with fright. I understand that this is a horror themed experience but the developer has done so well to document accurately the role of a mortician I think that it is a shame that this work should be ruined by silly jump scares. Trust me a mortuary is exactly like this MINUS the jump scares.

I would recommend this to all interested in accurate portrayal of the role of a mortician. Thank you for a wonderful simulator (just find a way to turn of the jump scares)

Reply
kashbrown129 days ago
I can confidently say this is the scariest game I have ever played! And its only the demo!! this game genuinely made me cry! TWICE! Having said that, i cant wait for the full game! awesome job dev.
Reply
Losat29 days ago(+2)

I've just played through the demo and I want to start of by saying that it's been a really cool experience. You put a lot of cool and in my opinion pretty well animated jumpscares in and the dialogs were of high quality aswell.

Beforehand I just want to say that this is not ment to shine bad light on your game, but to purely give you some honest feedback.

In these comments I see a lot of people that have enjoyed the demo a lot, aswell as praised the well animated/very scary jumpscares, which I agree with, but only in a demo. I don't know what your future ideas are for your game, but having all these jumpscare events is going to get very boring to players very quickly, not because they're bad, but because there's just no room to purposefully enjoy the story that you've made while being under the constant fear of being jumpscared.

The next thing I want to address is the inventory system. While being interesting having a quick-inventory at first, I quickly became annoyed by having to swap back and forth between the two. What I would suggest is simply being able to interact with certain things while you're holding the item in your hand without additionally having to open a quick-inventory to perform the action instead. A quick-inventory could be cool if used for general game mechanics, looking at quick-inventorys of DOOM and Horizon Zero Dawn, where you have to swap between weapons during battle to fuel a variety of different player-styles, however in this case it doesn't add any real functionality, or atleast not in a practical way.

Anyways, I generally think your game has potential, just don't overuse the jumpscares and maybe try to rethink the current inventory system.

Have a good day!

I agree regarding the jump scares, I am a training mortician and have been looking for something that allows me to practice with so to speak, this is very accurate. My problem is you get equipment set up to embalm, and the room changes and there is a jump scare, which distracts you from the task in hand. It gets annoying after a while.

Reply
I AM PUPPY FLOPPY30 days ago

Hands down one of the best horror experiences i've had in awhile...Bravo to the dev

This game was horrifying lol

Reply
sweatybooty32 days ago(+1)
i really enjoyed this demo and i was impressed when i found out ONE guy made this. Defo gonna buy the full game
Reply
TophuNugget32 days ago(+1)

Having played the first Demo a few months ago and then playing this new update it's clear to see that this is gonna evolve to be a pretty interesting game.

Hi! After having played the previous demo version, I've now also played the current version and although I was a bit skeptical at the changes made at first, I still really enjoyed it & I'll be looking forward to the full game.  I especially love the VO & the more subtle spooks, plus the in depth look into cadaver prep. I'm already thinking about what the plot could be for Rebecca as well.

Also, big kudos being a single dev! It's a ton of work, ppl have no idea.

Really Fucking Good Job With This One Looking Forward To The Full Release!

Reply
MrCabinFever35 days ago
This game is AMAZING!!!
Reply
DarkStone Digital35 days ago

YEA I PLAYED YOUR GAME HERE , I MAKE MY OWN FUN IM THE DRMIX :)

Great game! Ngl, but since I'm running it on a potato bucket it lagged alot and that ruined some scares for me :(

Wow, this is a wonderful game, We can't wait for it to be released!

This game was amazing, I loved every moment of it, and can not wait for the full game to come out.

Thank you for the thrill of the fear. I had to step away a couple of times for a breather. I love that every play through had different jump-scares (mind-boggling). It was unnerving. I loved that there were secrets, cryptic messages, etc. This game was a perfect simulation to a Mortuary. No demons here. ;)

I definitely don’t want to work in a morgue. Amazing!!

pretty good for a demo and bunch of jumpscares!

Reply
TheLordsGift40 days ago
This game was amazing and absolutely horrifying in the best way!!!
Reply
ezez game40 days ago
😊👍
Reply
shk10040 days ago

I can't express how cool this demo was :) Great job! Looking forward to spring 2022!!

gotta be one of the coolest horror games of 2021. love it!

This game here was on a whole different level. I felt like there was more I should have discovered but I was honestly to chicken to do so 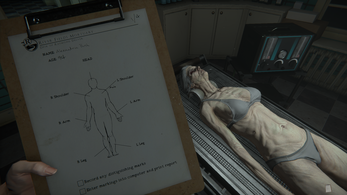 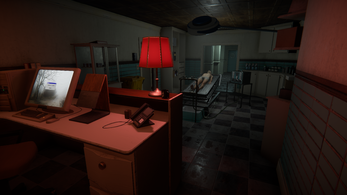 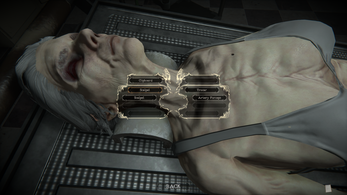 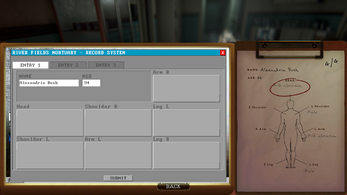 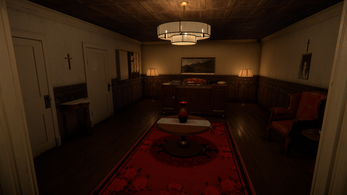 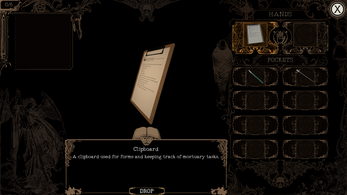 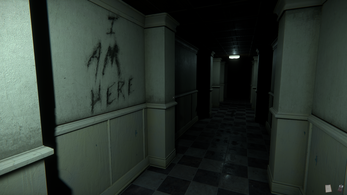 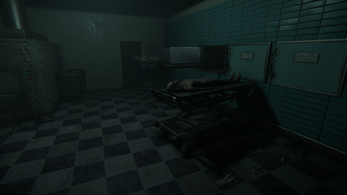