A downloadable game for Windows and Linux

Prisoner 134. You have been purchased for testing and are now the property of BioMass Labs. Knowing nothing of the place you have been brought to, your only option is to enter the maze and solve the puzzles in the experiment.

In 2194 humanity has populated the entire galaxy. As our existence expanded, crime became harder and harder to control in the vast reaches of space. As a result, laws became more strict. Government attempts to wrangle the issue bolstered a growing police force and, over many years, the reach of law enforcement grew larger and more aggressive. The general population, simply wanting to feel safe, grew more accepting and the first fully commercially run prison systems took form.

Nearly one hundred years later, in 2290 imprisonment is common place. A blind trust has been placed in the commercial justice system eventually landing every day people in jail for years for even the smallest offenses creating a massive divide between the idea of prisoner and person. Hundreds of commercial prisons and law enforcement companies thrive.

Devaluing of prisoner lives and massive prison overpopulation gave birth to an auction system where anyone could purchase prisoners for any use free of legal ramifications.

Acquired in the most recent bulk order of prisoners for BioMass Labs, you are being shuttled off for study at the Kohate testing facilities. No information is known about the details of the study.

You have been black-bagged, loaded onto a transport shuttle, and are waiting for law enforcement to release you to the company.

The subject is a sci-fi horror puzzle game designed to combine a mix of classic puzzle adventure games with horror elements.

You will need to learn to navigate the complex to find your way to the various puzzles set out in the experiment and discover the reason behind the testing.

You are being monitored by those running the tests and are required to visit a bio-data terminal periodically to record your vital signs and other data for record keeping. If you fail to do so, you will be removed from testing by euthanization.

In order to download this game you must purchase it at or above the minimum price of $4.95 USD. You will get access to the following files:

I love this game!

I'm currently playing Our Secret Below so get ready to see some videos on that as well, I love the stuff you guys do at DSD!!
Reply
bilbo_bagginhoes2 years ago

This game is awesome! I love the visuals and the atmosphere, as usual you guys at DSD have impressed! I'm still playing through this but here is my Part 1 gameplay:

Can't wait to finish this game and play more of your awesome content! Keep it up!!!
Reply
DarkStone Digital2 years ago

Thank you so much!

Thoughts/review: the end was kind of uneventful. Predictable, if you want. Truly, this could be seen as a praise: I guess I'm just used to how much of an ass corporations can be, and this just... replicates/predicted it perfectly.

Gameplay-wise: the labyrinth layout is a PAIN to go through...

When the monster first showed up, it was a definite plus. Kept me on edge, and the times when he saw me definitely gave me a rush of adrenaline... until it didn't.
You see, I don't know if it's intentional, but there's just one issue... the monster doesn't seem to have footstep sounds..?
Well, he has "some", but the only times I ever heard them was when he was actively chasing me. Even then, I would stop hearing his footsteps, keep going for a few seconds, stop, turn around, and he's still chasing me! No footsteps!! How do you know when you're safe??

This made it impossible to know where he was until the proximity alarm turned on, and even then, there was no way to know if he was in front or behind me. Was he going towards me or away from me??

What's the point of hiding, too, if you can't hear him??
"Once the creature sees you, you can't hide"
Then what's the point? You can't hide after it saw you because it won't leave your hiding spot, but there's no point in hiding before because you don't know if he was close in the first place, when he's passing by, or even when he's comfortably far, either!

On top of that, the map end up being so convoluted... I ended up playing on casual. I just can't imagine going through the whole game and looking for every single electronic part/valve with that guy around...

I can't believe that I deleted this game from my drive during the time it was free. Well I guess that's that. But when I did have it, it was an amazing horror experience that actually made me tense and uneasy.

I thought itch kept track of downloads like that.

I don't know if it does but I'm okay with it.

Depends on how you purchased it I guess. Haven't played it yet, so I'll def give it a shot!

Looks like a really great game but I had a really weird bug where if I use my ps4 controller, my camera would spin around non-stop.

Thats super strange… have you messes with mouse/look sensitivity at all?

If you're using DS4Windows tick the 'hide ds4 controller' in the settings, that usually fixes the issue.

Hiding the controller didn't do anything. Putting the sensitivity all the way down stopped the spinning but the camera  faces the ceiling rather than straight ahead

Been enjoying so far, but am completely stuck on the nav lock for the white door. I've done the four puzzle rooms and completed the circuit device thing, and also done the sliding locks on the console in the main room.

How do I open the nav lock?

Have you gone to the nav room and used the nav helper in front of the door to open it?

Hmm, I don't believe I have no, what does the nav room look like?

It is a door at the end of a hall in one of the upper areas. You will need to go to the white halls off the center core room to get to the access tunnel that leads to it. Good luck! 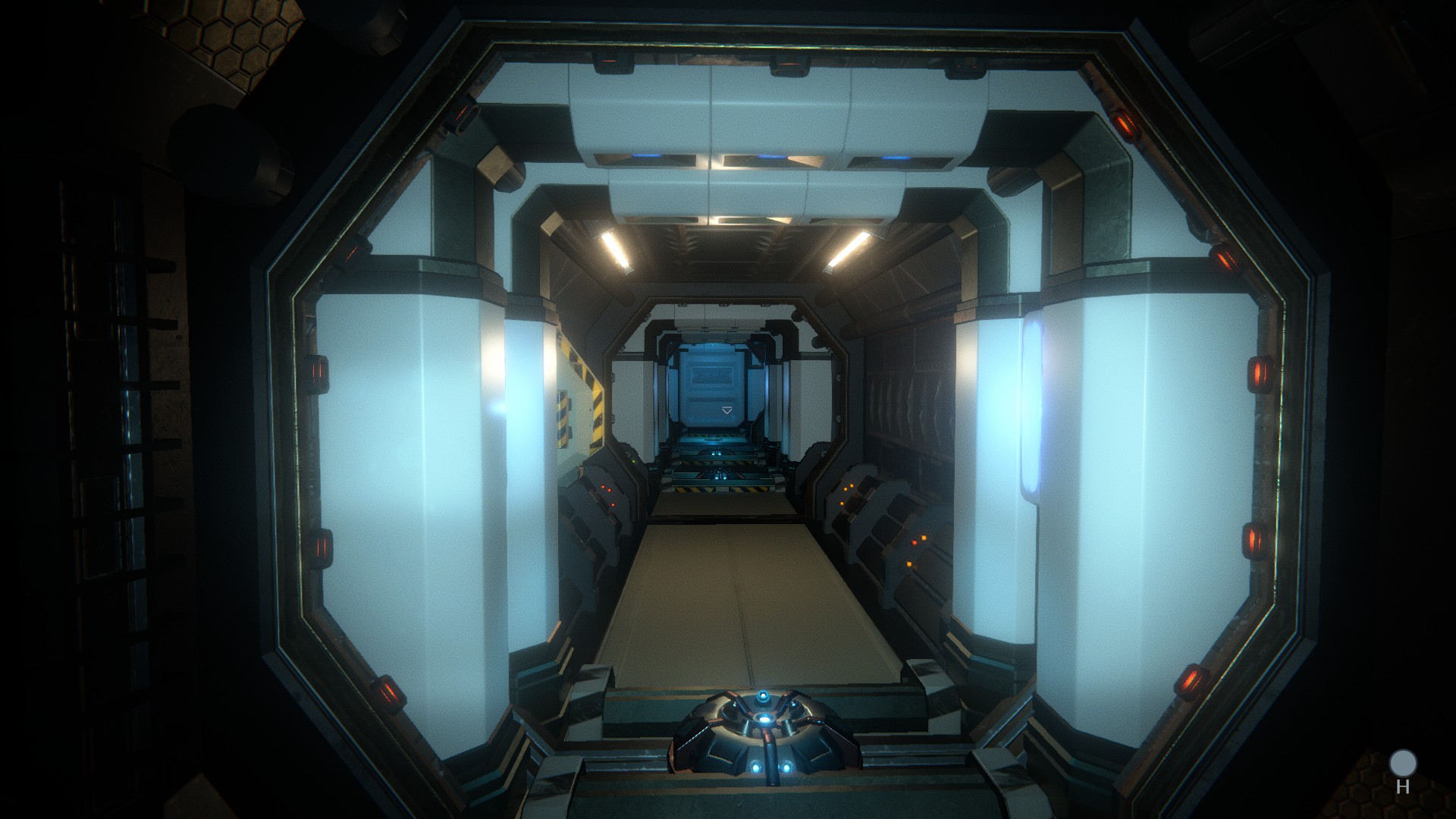 Ah that was it, thanks! Awesome game!

I booted up this game without looking much into it, other than the fact that it fell somewhere in the sci-fi horror genre. Boy, was I pleasantly surprised! And scared! The tension in the first 20 minutes or so of the game really got me good, and I love it for that.

I had to take a break from the tension so I'm writing this now, but I expect to get back to the game soon. Thanks for including Linux support, it's one less hurdle between me and enjoying the game.

On a side note, I've noticed a bug that makes the movement keys (WASD, in my case) non-functional after opening up the ESC  menu. So far it hasn't been a big deal for me, but I am willing to provide more info if it helps.

Thanks for sharing such an atmospheric experience, this game is quite the hidden gem for me!

Thank you so much for playing!

Nearly one hundred years later, in 2290 imprisonment is common place. A blind trust has been placed in the commercial justice system eventually landing every day people in jail for years for even the smallest offenses creating a massive divide between the idea of prisoner and person. Hundreds of commercial prisons and law enforcement companies thrive."

I was off by a few years.

I had some issues (not with the game) and lost a lot of footage... but it's very atmospheric! I think about doing a stream with it.

Thank you for playing!

No, thank you for creating! If you ever feel like joining a Twitch stream and talk about the game, please feel free to contact me! 😉

The game chooses a resolution that's too small for me to see the full window to change it. How can I set the resolution outside of the game?

Hey! You can find the game’s settings file located in your user folder:

you can right click this and open it with notepad and change your resolution by changing the “Resolution index” option.

Unfortunately the export doesn’t convert this index to a simple “number x number” resolution but you can change the number here to get different resolutions. (Mine is 35 for 1920x1080) though it auto populates based off of what resolutions your monitor supports so that number may be different for you.

I’d try a lower number like 20 to 25 and then you should have a better time changing it in game from there. Enjoy!

It is. I’ve just been swamped with WTTG work so I need to set aside some time to make the necessary changes to being that version over to itch.

I'm a patient man with a huge backlog so i'm just happy it's on the list of things to do.

This was in the current Linux-build here on Itch. Seems like a great game so far!

the save issu is kind of bound to happen if the player isn’t careful. Though that’s sucks. As for the no running animation, that’s interesting I’ll have to look at that. I haven’t seen that in my build. Thank you for letting me know!

Hey! I'm wondering when the Linux-version of the game will be available here on Itch? I'd love to add this game to my library :-)

Hey! I may try to get that done tonight. I have 3 projects going on at the moment so thank you so much for waiting! It’s on steam so it exists I just need to gut the steam integration.

No problem, just excited to see it here on Itch ^^ Will any of your other projects release here as well? If I like this game I'd love to follow your progress here on Itch ;-D

Yes! Now that I have the pipeline figured out. The plan is to be releasing my games on steam and itch with both Windows and Linux versions for future projects.

Are there any plans to release the full game onto Itch.io ?

Yes! I actually have a build for it but need to get in contact as they do not allow enough space for the game currently.

I'm just glad you are trying to make it happen. Best of luck getting that sorted out !

you can purchase the game here now! Thank you for your patience :D

Thank you for sharing! So sorry I missed this. I've been busy with three other projects but I still shared :)

Don't worry about it my dude. You keep up the hard work on those other projects. Keep in contact  for your future games too. Bless!

Same! It’s been fun to work on and DreamHack has been fun so far. Hope you like the game :) 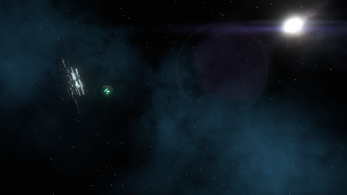 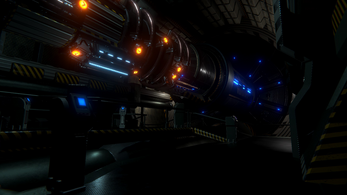 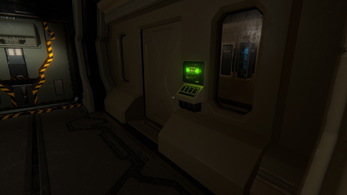 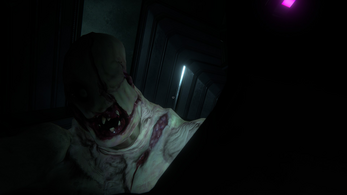 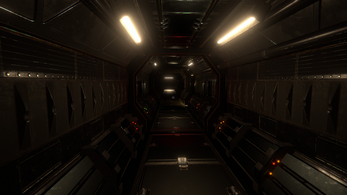 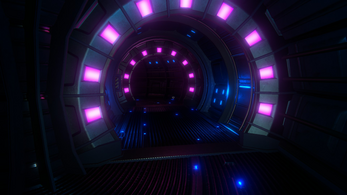 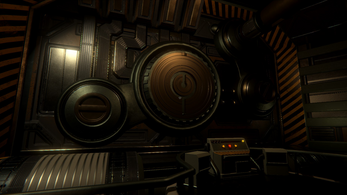 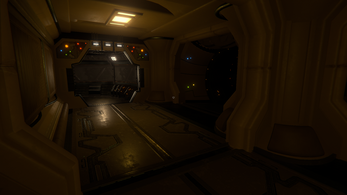 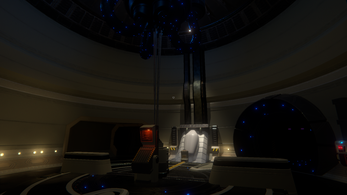 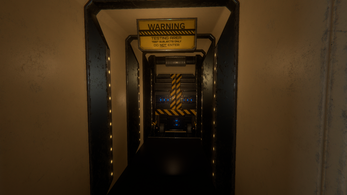 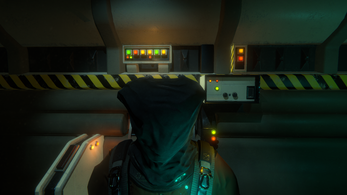